Always have a Reward Summoner#1409 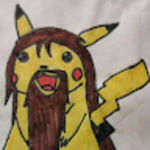 I have notice lately that the new and low level player exprience isn’t great. I think a good fix would to be to always have a Summoner available in the pool of reward cards. This would give new players and low level grinders a clear path to higher leagues. I do understand some of the pitfalls of adding summoners to the reward pool and I think a good fix to many potentail concerns is to make these cards somewhat nerfed. Make them common or rare 5 drops that give +1 to a basic stat and only release one at a time. This way they shouldn’t drop the value of Meta summoners and they should be cheap enough to give a lot of players an entry point into the game they didn’t have before. I also anticapate a potentail concern being that bots will have access to these cards, which is true, but I hope that can be a positive as well. If bots harvest these new summoners and sell them on the market it will drop the price to probably just above the average common or rare reward card. This gives new players a cheap entry point. If bots burn these new summoner to level up their accounts, they will, most likely, burn more rewards cards to play with their leveled up summoner thus rising up out of bronze where bots are so frustrating for newer players. This will also raise the floor value of reward cards. I could go on as to why I think adding low level nerfed summoners to the reward pool will be really good for the game but I have to let the idea stand on it’s own merit at some point and if I make this too long no one will read it. Feel free to comment or contact me if you’re on the fence.

This was brought up in a town hall a while back. Aggy said he didn’t like the idea of rewards summoners. Maybe we can have a proposal vote at some point. Even if they were no stat increases I think it would be a good addition to the game for new players.

Thanks for reading through my suggestion. I do remember the town hall question you mentioned and at the time I didn’t think much of it. What made me come back around to the idea is recently I’ve taught a couple new players to play Splinterlands. Both were familar with crypto, NFT’s and rpg’s or tcg’s. I’ve taught similar players the game in the past and noticed the current state of the Novice and Bronze meta is pretty brutal as compared to the before times. The lower leagues are populated by bots using starter cards and low level rewards cards and while these bot line ups aren’t really a problem for players that have been around a while and understand the meta they are very problematic for new players feeling out the game or trying to grind up a little before they can justify investing more than 10-20 bucks. It doesn’t seem like there’s any wiggle room for new players to figure out the game before they face time tested competitive lineups from their opponents. Adding some cheap summoners new players can use to level up over bots seems like a good fix. It could also add incentive for bot farmers to start burning cards. I understand we want new players to invest their own resources into the game but I don’t think the pay wall needs to be as high as it currently is for bronze and low level silver. If players can have a positive exprience out of the gate, move up a couple tiers and see the earning potential of higher leagues they’ll be more likely to stick around and buy their way into gold.

a month ago
Make a suggestion