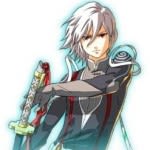 Since their introduction in Regular Foil tournaments, league limits have been greatly enjoyed by players.

Thanks to this system, players who play ranked 2 leagues higher than the tournament have to pay a prohibitive entry fee if they want to enter. In practice, they will discard their right to enter the tournament at a prohibitive fee and will rather play tournaments of their respective league.
This way, players can enjoy a competitive tournament scene without having the feeling of being farmed by higher league players. No matter the league.

This create two issues :
1) A sentiment of inequity between players « Why are these players allowed to farm all rewards from Bronze to (especially rewarding) Champion while all I am allowed to get is the leftovers in Bronze league » ?
2) It kills all incentive to invest into Alpha and Gold Foil cards. Why invest into such cards if you get trampled on by Champion players who built a complete deck and leave you no way of earning with your own cards ?
The result is that these tournaments are farmed by the same older players who consistently make it to the top, from Bronze to Champion, at the expense of newer players.

I hope you will support this proposal. I am sure it will make Gold Foil and Alpha tournaments more inclusive and will motivate new players to invest into such cards.
Please discuss it in the comments if you have any concern or ideas to improve it.

A common concern about this proposal is that some players may have something like a Bronze GF deck and a Diamond RF deck and would want to play both of them in their respective leagues.

Fortunately, with Modern/Wild, there is now a way for those players to play both tournaments. For example, they can stay in Bronze Modern for GF tournaments and rank up to Diamond Wild for RF tournaments. 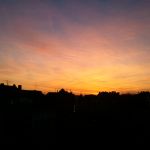 Furthermore, I don’t think being “trampled” by Champion players is such a big problem in gold foil alpha tournaments, because:

2 months ago
2
Make a suggestion