There are so many good suggestions for improvement, quirky things in-game, bugs, etc being listed here that are largely ignored so what’s the point of this site? You can’t just put “in-progress” tags on stuff and then never do anything about it. I get it that your busy, hell it took 8 months to get a stat adjustment on Djinn Renova and who knows how long Barking Spider was waiting. You guys are so focused on the next big money grab that you don’t take care of so much other stuff. I’ll never forget hearing Aggroed say in a Town Hall that they don’t care about the little stuff or the quality of life stuff and it’s becoming pretty apparent that was meant to be taken at face value. Eventually all of the little stuff adds up and it becomes a much bigger problem and that’s kinda where we’re at now. There’s so many little nagging things about the game that are being completely ignored that are making it almost unbearable to keep playing. 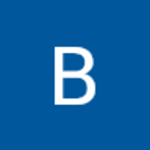 Things are being completed from this site, it is just a process to review suggestions and make sure it fits, then code and create uis.
You can filter for completed to see what has been accepted and done.

2 days ago
Make a suggestion