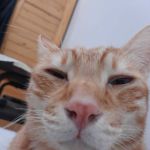 Two problems could be fixed.

There is no more elements counter situation after the new ranked reward online and the reward on championship is less than before.

We can keep the reshare system for daily reward without focus but change back the season reward like before.

Then,we can more focus on the win rate instead of the single element team.

The championship is very competitive, and the diamond league have no interest in moving up cause they could have less reward.

If we could change back the season reward, they can be rewarded by season chests even they can’t have a nice win rate after level up to high league.

If we’re worry about the bot daily reward,we can change the ecr weight like rating （ecr³）
and increase the needed rshare of daily chests.

That can make low ecr farming inefficient
and make people focus on improving their win rate.

I can say that it is impossible to get seasonal or daily reward now, I just stuck in bronze and there is so many bot…I can only get 2-3 focus points for winning 1 game, all gamers know it is impossible to win streak keep using 1 element. Moreover, stucking between novice and bronze, you can barely get RP, as a result of no rewards, the situation I am talking is in LAPTOP! How about mobile? No updates at all…anyone would sit in front of the LAPTOP for whole day and playing? For new gamers, this game is hopeless.

11 hours ago
Make a suggestion